I KNOW ITS A NARWHAL

And I don’t want the state to end but to end the state as we know it. Onyesonwu in a Red Nation Podcast episode on Venezuela and anti-imperialism: “In the united states ultra-leftists are like ‘we need to destroy the state.’ If you go to Cuba, they’re like ‘we are the state.'” Elsewhere, in that episode, Onyesonwu suggests that if the majority of people of Venezuela wanted to get rid of Maduro they would. I take this as a way of saying the state evolved with autonomous movements to make space for them. The people’s power to do away with the state is what legitimates the state.

The state should open up space for direct participation in the state and organizations in which direct, democratic participation is fundamental (say worker co-ops).

The protean ocean, its place in the imaginary of political philosophy. 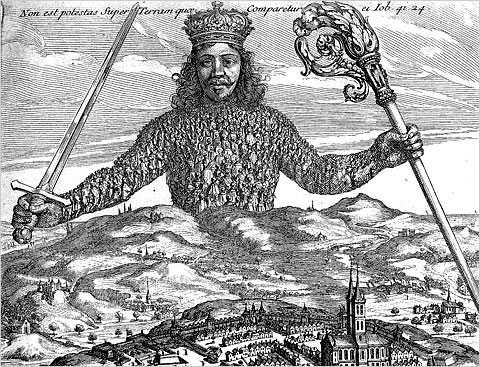 Hobbes’ subjects compose and look at the sovereign with their hats on. That their hats are on is a sign of disrespect. Their disrespect doesn’t matter. As long as they are facing the sovereign they compose his sovereignty. I will not say his name.

Bernie Sanders recedes, the dolphin remains composed of people holding each other up, shoulder to shoulder. And a text bubble floats form the dolphin’s mouth: ALL CAPS, appears in the bubble, MOVEMENT POLITICS THAT DOESN’T GIVE ITS POWER AWAY.

I have done some poems in Apartment Poetry Vol 12, for Mike Walsh hast committed them to accessible pixels. The poems called “Da Fugue Zone” are my current obsession. Therapists have invited me to see myself as chronically sad rather than terminally depressed. Ok! It’s been a struggle either way. This sadness is layered pretty thick, year long sneezes of indigo parachutes, those indigo parachutes on the floor of my life. Something like that. They touch the island of depression, finger its shore, its watery mouth, you know?

So that jelly of sadness fermented and off-gassed and gave rise to some poem: Da Fugue Zone. Post 2016 more people are writing poems that enact their politics (and/or there are more publications making way for people enacting their politics through poetry). This is great. I was in the thick of that for a year or so then lost my footing in 2018, lost my local coordinates which guided my poetry when I moved from Buffalo to Ithaca. Then poetry became a space for reflection not of, but reflection on, processing, &, yeah, glitching/crashing & gliding through. They can be a bit dreamy, with poems like BUFRAT asserting as reality, their given, small municipalist aspirations.

In the apartment, CL Young’s poems are poised in attention, phrases hum in braces of space and linebreaks–the leap and its phenomenology. Kamden Hilliard’s dense address & spirals of register and reference, from “dayglo” to “mirror shaped wound,” sandbox video games to spittoons. The world like it is. Ryan Collins’ “Fugue State in D Minor” has a lot of percussion. Consonant drums and slant rhymes improvised over a steel frame. Sara Nicholson, an upstate compatriot, just centered and scaled back so every utterance has its space to sink.What I admire so much is the commitment of these poetics to a relentless clarity. It’s self-professed poetics: “And although there are those who find / Difficulty a virtue, madness too, / I aim to simplify.” Ian Lockaby’s interest in vegetation and taxonomy–an intriguing push and pull between the experience of texture and the production of category. Let no one say I never described.