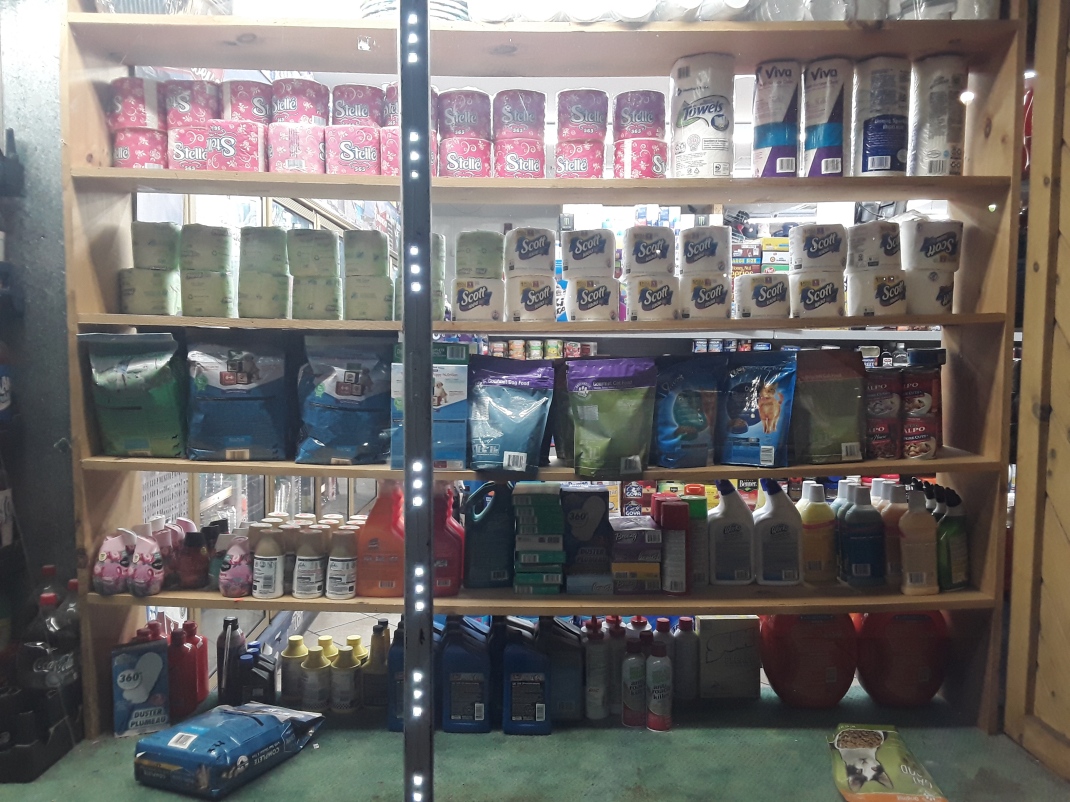 It’s a new day, the first on lockdown in New York State–Sunday, March 22. At 8 PM the Governor’s order to  suspend almost everything and stay inside begins. In the morning, Buffalo’s skies are cloudless, eggshell blue, and cold. I’ve been thinking about hoarders and panic buyers and standing, sick, in a Walgreens looking at a shelf where thermometers should be a few days ago. In that moment I thought, fuck those motherfuckers. Those motherfuckers being the previous purchasers of thermometers. Fuck them because I assume they do not need either the thermometers at all or the quantity of thermometers they have bought. And motherfucker has a wider definition beyond the shoppers of this Walgreens. Those motherfuckers include every hoarder, every irrational purchaser in the nation slowing down shipments between warehouses and individual retailers, reducing the number of thermometers available to ship, decreasing the frequency of shipments, putting people at risk because they could not see past their fear. In this way, fear spreads like a contagion. Without a thermometer, my imagination of my own illness was running wild. How deep did my sore throat go? Did my chest hurt? I’d travelled and had a runny nose and sore throat. A nurse at my doctor’s office told me over the phone to check my temperature and call back, which sent me out into the world.

The day I set out for a thermometer on doctor’s orders, I hit three drug stores–a CVS, Walgreens, and Rite-Aid–each at a different position on two linked traffic circles. Pulling into the first, I thought I’d hit the jackpot: no racing around town for me. Pulling out of the last, back into the circles, I knew I was stuck in a purgatorial loop. I was alarmed. Each drugstore had a similar layout and signage; in each, it seemed, there was a surgical carveout in the inventory. Where thermometers should be the bare bone of the shelf.

I drove away, finally, thinking fuck those motherfuckers. Twitter told me to think, also, fuck those motherfuckers, constructing brief, caustic portraits of pathologically selfish upper- and middle-class subjects whose decisions were killing the working poor. I have no doubt that in this moment of crisis upper- and middle-class subjects are making decisions that may kill everyone else.

Still. Today, sitting at my dining room table, outside of my anxiety and anger, thermometer in hand, I know that the totality of causation (why are there no thermometers) can’t only be attributed to personal decision making or even an aggregate of individual decisions. Anger at hoarders should only be the beginning of the flowering of multifarious, systemic critiques, an unpacking of what conditions the decisions we can make. That’s a job for further posts.

It was through a friend that I finally got my hands on a thermometer. And now I’m turning to read a horoscope a friend has been sending me every Tuesday. And I will turn and turn to friends and work to be there when they turn to me.